Ledin adamant: 500 days in one year


Singer Tomas Ledin has been rapped on the knuckles by the minister for schools Jan Björklund over the text of his recent 'hit' 500 dagar om året - 500 days a year.

'We've had numerous calls from worried parents who have had teenagers come home from a Ledin concert convinced that a year has now 500 days instead of 365', says Björklund.

'Teachers are up in arms that students have calculated that Midsummer will now be celebrated in November and Christmas in the middle of August. Some little girl's parents were distraught that she refused to celebrate her 12th birthday saying that they'd got the date wrong.'

Ledin is adamant and tells me that 'a year has 500 days and always has had'. When asked on what date Christmas was to be celebrated he replied '17th of August' and then hung up.

Before the return to school special units are being set up at schools around the country where 'The Lost Souls' as they are referred to, are being forcefully weaned off Ledin's lyrics and music.

School curator Inger Aning from Umeå has had her hands full this week, but the Ledin detox program seems to be working. 'The detox therapy involves strapping down the patient  and forcing them to listen to the greatest hits of Ted Gärdestad, the CD box edition that's missing the 'I see a train a-coming' track, of course. Why can't Ledin set an example to these impressionable youngsters. Silly boy!' 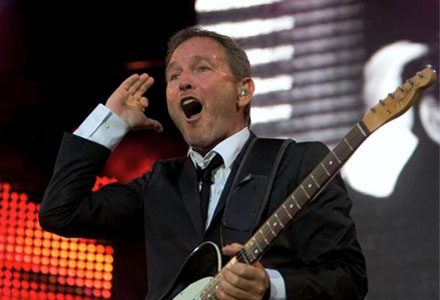 The Ledin family celebrate Christmas on the 17th of August

It is Christmas Eve 500 times a year
Get out of our country, your damn britt. I celebrate Christmas 500 days a year if I want because I am Swedish. Or midssommar also for that matter. as long as I get my brännevin (snaps) it can be any damn day, out of the 500 days of the year. Britt motherfucker, go home and take your monockel with you.
Ulf Lundell, (för 56 år sen) 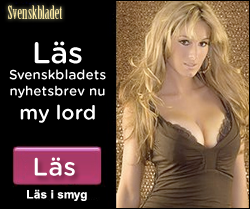