SAS in Airbus deal despite cutbacks


SAS recorded a whopping pre-tax loss of 1 billion kroner for the second quarter and has now announced job redundancies across the board. At least 1,200 jobs are to vanish and personnel who manage to keep their jobs will be in for a 20% cut in their pay packet.

Despite the dire straits the company finds itself in, CEO Mats Jansson today announced that the company had ordered, and paid for in full, three new 'Nils Holgersson Special Edition' airbus jets at a cost of $740m each.

SAS shareholders, the general public and the government are all aghast at this utter waste of capital at times when savings are the order of the day and not spending. How do you warrant this irresponsible behaviour?

'I wanted to put the fun back in to flying. I read Selma Lagerlöf's books as a child and especially the adventures of Nils Holgersson. I still read about him today. That little scamp has always been an inspiration to me the way he flew around Sweden on the back of a goose. I sent off a scribble of a 'plane-that-looked-like-a-goose' to the people at Airbus in Toulouse and 'Le voila!'. We take delivery of the three new jets at the end of August.'

What's so special with the Nils Holgersson jet?

'It's cute! It promises a passenger experience not seen on other airlines. Selma Lagerlöf stories/movies available as in-flight entertainment, and flight attendants dressed as characters from her books. A novelty, and new to the Airbus, is the jet motors that make a goose-like cackling noise when they start up.'

How long do you see yourself being able to continue in your current CEO position at SAS Mats?

Murdoch strikes again!
Aha!! Mr. Duncan-Smythe! You, sir, are well known for your provocative columns in the Sun and the Times. Is this proof then, of the rumors that News Corp has bought Dagens Svenskbladet? Is there no free, independent press left!!
Globalizer, (för 56 år sen) 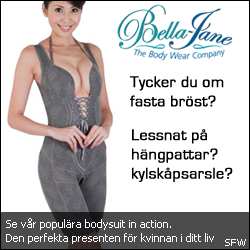